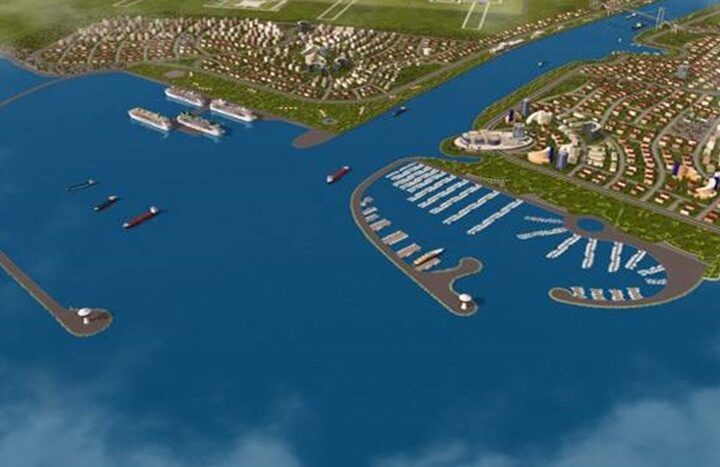 What is the importance of Canal Istanbul for the Turkish economy?

And what are the advantages of real estate projects in the vicinity of the Istanbul Water Canal!

The cost of the canal is expected to be $3.5 billion. This price is divided between the Turkish government, which will provide $2 billion, and a private company that will be responsible for financing the remaining $1.5 billion. Parliament agreed to pay 2 billion euros ($2.18 billion) from the government on March 6 after months of wrangling over how much they should spend on it and whether they want to go with it.

The importance of the Istanbul Canal for the Turkish economy

According to the Turkish government’s scheme, Kanal Istanbul will help achieve long-term social and economic development, create new job opportunities and solve Turkey’s dependence on imported coal and other raw materials.
The canal is expected to be operational by 2023 as per the project plan

There has been much talk recently about the Turkish government’s plan to build the Istanbul Water Canal last year, as the Turkish state decided to build this canal and agreed to finance about 9 billion US dollars for the project. This project will be one of the largest infrastructure projects that Turkey has ever invested in, and it will make a big difference in the economic sector by investing in the huge shipping route that the project will create,

The new waterway is 45 kilometers long and will connect the Black Sea to the Sea of ​​Marmara through the Asian side of Istanbul
and will be another significant achievement for Turkish President Recep Tayyip Erdogan. The canal, which will reduce travel time between two coastal cities, is scheduled to be completed in late December 2023

The Bosphorus in Istanbul

The construction of the new canal project in Istanbul is expected to boost the tourism industry in Turkey. The canal will extend over Istanbul’s Golden Horn and will connect the Sea of ​​Marmara with the Bosphorus. The main objective of this project is to divert up to a third of sea freight from the Bosphorus, facilitating traffic in one of the world’s busiest waterways. This canal is also expected to improve tourism in Istanbul and its surroundings as a result of the new climate that the canal will provide

The main objective of the project is to provide an additional source of water for Istanbul and the surrounding area. The current water sources are not sufficient to meet the growing demand of the city in the future. The project is expected to fill this gap by providing additional water from western Turkey through a 750 km canal. There are also several secondary objectives of the project 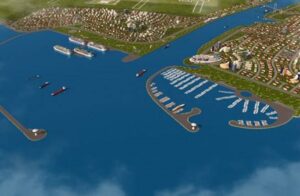 The Istanbul Water Canal will bring back the glory days of the Bosphorus, which was closed for centuries thanks to the construction of a number of bridges and dams. There are now plans to build a whole new city along this canal. This project will illuminate Istanbul like never before

Istanbul is one of the largest cities in the world and it is clear that the rapid growth of the city will not stop soon. The population of Istanbul has reached 13.3 million and this number continues to grow every day. This increase in the population also led to an increase in the demand for real estate by foreigners and to take advantage of the advantages of owning a property in Istanbul, such as obtaining Turkish citizenship

In the past few years, Istanbul has experienced a huge construction boom and the city is now in its final stages of completion. The Istanbul Water Canal Project is a large-scale project that consists of several parts that include three main sections: the construction of an underground canal network, the restoration of 22 kilometers of natural waterways and the construction of bridges over these waterways. With more than 190 square kilometers of land to be redeveloped for the project and an estimated $5 billion spent on its development, there are huge opportunities for real estate investors and those wishing to invest in real estate in Turkey and Istanbul, especially to own property in residential projects around the planned canal
, as these projects are characterized by a vital location The various designs and community services, in addition to the scenic views and views that the residential projects around Istanbul Canal will enjoy

Real estate around the Istanbul Canal

Canal Istanbul is a project being implemented to connect the Black Sea with the Sea of ​​Marmara and provide Turkey with a new waterway.
This has attracted the attention of real estate investors and those wishing to invest in real estate in Istanbul and Turkey
. The canal will pass through the European side of the city and connect two of the busiest waterways in Europe (Bosphorus Strait and Dardanelles Strait)

The Istanbul Water Canal project has been planned since the days of Ottoman rule. It was not implemented at the time, due to the lack of an actual plan and a safe mechanism.
The canal is about 70 km long and has two branches – Armutlu – Fatih Sultan (North) and Arnavutkoy – Gebze (South).

The rapid growth of Istanbul’s population and economy, which is expected to reach 30 million people by 2023, will increase the demand for commercial activities and real estate.
The value of the land around the canal will increase significantly with its completion. In addition to high-rise apartment complexes and office space, hotels, shopping malls, and entertainment centers are also expected to thrive along this waterway. The canal project is expected to make a great contribution to solving Istanbul’s traffic problems as well

What are the advantages of real estate around Istanbul Water Canal??!

The advantages are many and include all aspects

Only 15 minutes drive will separate you from Beylikduzu district

In addition to schools and health centers

One of the reasons for the establishment of the Istanbul Water Canal is to solve the problems of land transportation in Istanbul and reduce the daily traffic congestion in the city, especially in the summer

The apartments and all areas surrounding the Istanbul Canal will be free from any traffic problems or congestion, due to the availability of an interconnected road network in addition to the bridges between the European and Asian side of Istanbul

The residential projects around the Istanbul Water Canal will provide a healthy climate away from factory emissions, traffic congestion and noise

All residential projects and service and office buildings that are being built in the vicinity of the Istanbul Canal are characterized by a modern and diverse architectural style in terms of designs, spaces and stunning views. 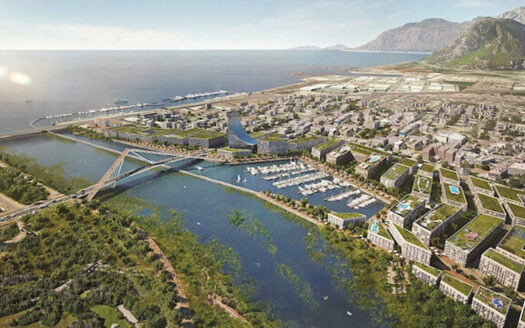 Jan 15, 2022
The new Istanbul Canal will be completed in 2023. The new canal will be parallel to the Bosphorus Canal that connec ...
Continue reading

Jan 03, 2022
Istanbul is one of the largest and densely populated cities in the Middle East The construction and architectural ...
Continue reading