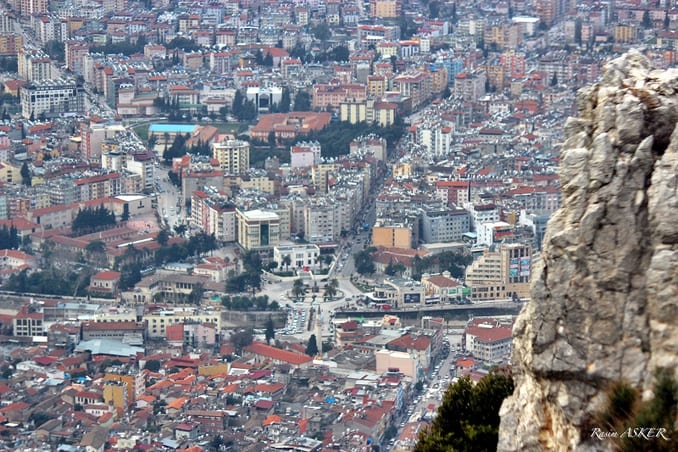 Why you should move to live in Turkey!!

Living in Turkey can be fun, and there are some things that newcomers should know. Additionally, some tips are included for those who are considering moving to Turkey.

Turkey has become a popular destination for many Arabs and foreigners in the past ten years, not only for tourism but also for studying, working and living there permanently. This country believes in the principles of respect, freedom, coexistence and diversity of ideas. combined in another country.

Many people wanted to move to Turkey, wondering about the nature of life there and how quickly they adapted. We tried to gather some information about life in Turkey

Turkey’s life is characterized by a lack of tension and freedom compared to other countries that have advanced in development, as the current government’s policy of openness has changed a large part of Turkish society. This change was respected and neighborhood rules were kept. In addition, after a long absence and isolation, Turkey is now suffering from an open policy. The resident or investor feels a sense of freedom and pluralism of ideas, as they look for a place to live.

To move to Turkey, the first step is to obtain an entry visa from the Turkish embassy or consulate in your country. After you get the visa and come to Turkey, you will know which region of the country is best for you to live in normally.

Turkey offers multiple residency options, including real estate residences that can be renewed every year and a real estate option that allows residency for up to three years. An individual can obtain Turkish residency, which is permanent residence in Turkey granted to the resident without interruption for a period of eight years under specific conditions. If you are a Turkish man or woman married to a person from Turkey, your wife’s owner grants you Turkish citizenship after three years, you may also be able to obtain family housing. Spouse owner employees may also qualify for this type of assistance.

Living in Turkey is a good way to simplify your life. The most important thing is to be simple and live without too many complications. This is what most foreigners find attractive about living in Turkey – people are known for their simplicity and dependence on natural living systems. Although their restaurant and bar are very popular, there are no huge social differences between the people who work there.

Turkey offers high-tech services, such as applications that are available to everyone in the country, which can be used to obtain official documents, because Turkey is one of the leading countries in the field of e-commerce. Everything you need is available through these apps and they arrive at your doorstep quickly.

You don’t need much when you come to live in Turkey. Everything you need is available in this developed Asian country.

Turks need to learn how to communicate in their own language, because they will live in a community of people who speak this language. They will need to be able to communicate with these people easily. It is important to have knowledge of Turkish if you want to communicate with or mix with the general Turkish population.

There are many ways to learn Turkish, including through YouTube lessons and recordings at various institutes in Turkey,.

Turkey is very open to other cultures and religions. It accepted other cultures and beliefs, and welcomed foreigners from all over the world. A foreign resident, especially a student, can join Turkish associations that include multiple activities for Turks and foreigners. Activities such as excursions can be arranged. Historic sites, English lessons, seminars, poetry and literature seminars, morning coffee sessions, and dinner parties are a great way for students to get to know the Turkish people and get used to their culture.

The cost of housing can vary a lot, so it is important for you to visit different places and decide which one is best for you. In Turkey, there are many apartment complexes that are affordable for many foreigners, and in which there are expensive, medium and reasonable prices. There are also homes in popular neighborhoods that are reasonably priced. Moving from one place to another and from one task.

Turkey is a great place to live because it has all the facilities you need, such as transportation options, markets, shops, sports and cultural attractions.

The cost of living in Turkey is not particularly high when compared to other countries, especially when it comes to costs such as rent or groceries. In addition, Turkish people are not particularly sensitive to price fluctuations and can generally afford the middle-class lifestyle. This information is about a man’s financial capabilities and life needs.

To find a job in Turkey, a foreigner must obtain a “work permit”. From the official authorities, a foreigner who is fluent in Turkish can find many job opportunities, especially in the field of translation. Additionally, the country is home to many tourism opportunities, including medical supplies, as well as work in hotels and restaurants. There are many opportunities for tourism around the world, including factories, facilities and construction workshops. In addition, many private companies are open to foreigners based on their experience and qualifications.

Turkey is one of the most advanced countries that provides many opportunities for foreign investors, such as investing in real estate, starting businesses, and doing business in other countries.

Turkey has a lot of advantages, such facilities and locations. It is located in a great location and has a favorable climate. In addition, it overlooks four seas – the Black Sea in its north, the Aegean Sea, and the Marmara Sea, which connects the Black Sea with the Calypso Sea. The Aegean Sea separates the Asian part of Turkey from the European part, as well as the Mediterranean, which is penetrated by many rivers and inhabited by many people. 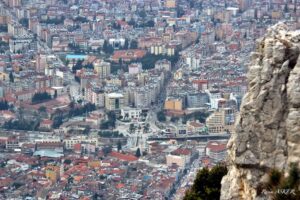 The cost of living in different cities varies greatly. For example, in a large city such as Istanbul or Ankara, monthly living costs can reach $700 or more. The amount of money required to live a good quality of life can vary depending on the individual’s personal needs, and this is an average amount when compared to the cost of living in other countries such as the United States and most of Europe. The Arab community in Turkey can count on a wide range of Arab products to be available in Turkish markets, such as braised lamb, rice and spices. There are also a number of restaurants that prepare authentic Arabic food at a higher price than regular Turkish restaurants.

Best cities to stay in Turkey

Most of Turkey’s cities have beautiful landscapes and comfortable standards of living. Among the most prominent of these cities are Istanbul, Ankara and Bursa. Gaziantep These are the cities that foreigners often choose to live in when they first arrive in Turkey. The cheapest Turkish cities for expats to live in are Mersin, Konya and Hatay. It is far from the capital, but it is perfect for family

Turkey is a welcoming country for many different nationalities, providing more job opportunities in various institutions, companies and factories.

If you want to work in Turkey, you can find many job opportunities if you know Turkish and are able to find it. You may also be able to find jobs in various engineering disciplines at locations and companies that are growing in number every day. There are also many opportunities to work in tourist cities as a manager or public relations professional. The food service industry is growing, and so is the need for many young people to work in restaurants, cafes and hotels.

Many students from all over the world come to Turkey every year to study in distinguished universities. These universities have received high rankings in international rankings for their advanced education, as well as modern curricula and practical training in modern laboratories.

Istanbul is a city that combines Western and Arab development, as well as Turkish universities such as Behesta University and Al-Qadir University of Hase. Ankara is also a lively city. 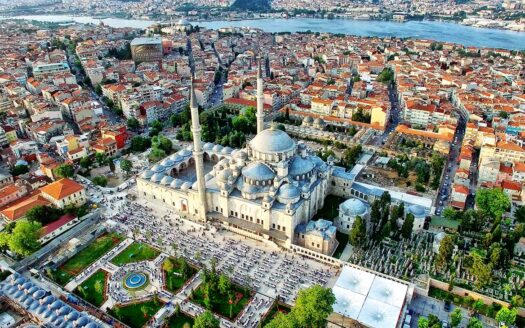 Turkish cities suitable for Arabs to live an...

Residence in Turkey for investors in the rea...

Jan 22, 2022
People who think about moving to Turkey often think that there will be a long and complicated process. However, the ...
Continue reading
Some Nice Welcome Message
Sign into your account
Create an account
Reset Password
Register here! Forgot password? Back to login Back to login

Pros and results of real estate investment in Turkey
What is real estate appraisal in Turkey and what are its importance and advantages?
دردش معنا