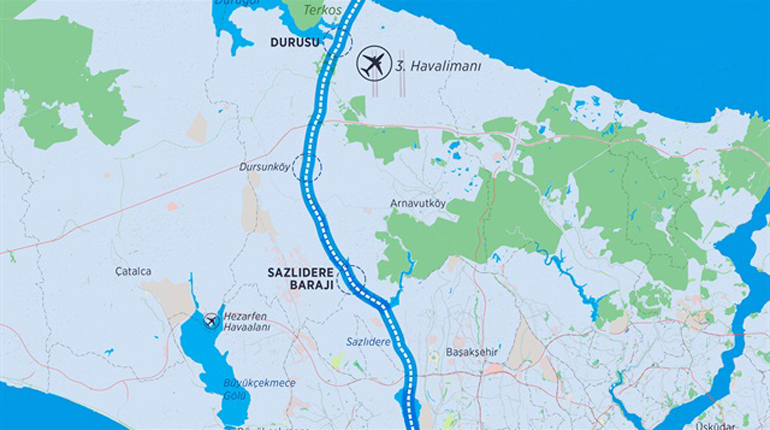 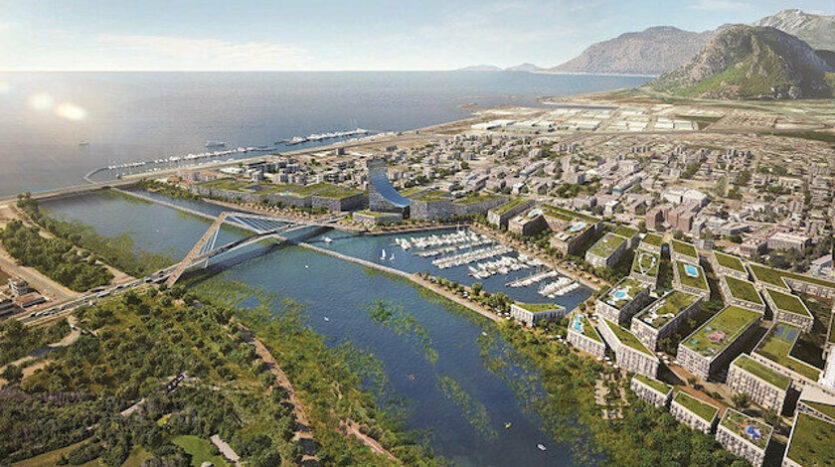 The new Istanbul Canal will be completed in 2023. The new canal will be parallel to the Bosphorus Canal that connects the Black Sea to the Mediterranean. Istanbul will gain great importance, because it will be the only city in the world that has such a canal.

The goal of the project: is to link the Mediterranean with the Black Sea, through the construction of a water channel linking the Sea of ​​Marmara with the Black Sea. And the emergence of the new Bosphorus strait 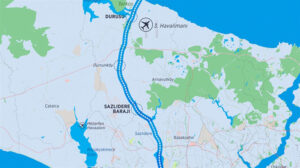 Everyone knows that building a large project such as the new Istanbul Canal is very important economically for the country, as it was previously revealed that the water crossings are considered a national income for the country, so the Egyptians built the Suez Canal and the Panama Canal. Turkey also benefits from this, so this project is a great opportunity for Turkey, and there is no doubt that it is a project that requires a lot of resources, but Turkey’s efforts are good on several levels, especially in the areas of finance, technology and engineering, in addition to the fact that most international experts attach great importance to this The project.

Another reason is that the great pressure on the Bosphorus canal gave rise to the idea of ​​creating another canal parallel to the Bosphorus. The only ocean for the world’s ships is the Mediterranean, so the more canals we build, the more ships and goods that can cross like ships of Russia, Ukraine, Romania and Bulgaria have ports on the Black Sea

Although the new Istanbul Canal has many advantages, the most important one is that it will be built on uninhabited land. Unlike the canal on the old Bosphorus, its canal passes through historic and crowded areas of Istanbul.

The role of the new Bosphorus project in real estate investment

. The new Istanbul Canal will be completed in 2023. According to the final project studies

This project was announced in 2011 by the current Turkish President, Recep Tayyip Erdogan, as one of his goals he set to reach a strong new Turkey in 2023.

The Minister of Transport and Infrastructure stated that Turkey intends to start this project, and it should never be postponed. Commenting on this, the completion date of this project will be in 2023, and the two sides of the canal will be connected by ten bridges.

The length of the passage is 45 square kilometers, and it starts from Lake “Kuchukcekmece” at the end of the Sea of ​​Marmara, until it reaches “Durusu” on the Black Sea, with a capacity of 160 ships per day.

The new Istanbul Canal, which will extend for a total distance of 318 km, will significantly increase the cargo transportation capabilities of the Asian side of Istanbul, and thus will put the real estate market in Istanbul in an ideal position and form an investment plan for those wishing to invest in real estate in Turkey

The new Istanbul Canal will constitute a major qualitative leap for the real estate sector in Istanbul, especially the real estate located in the areas surrounding the new Bosphorus Strait, and the effects of this effect appeared even before the start of the project through the canal in its neighboring areas such as “Kucukcekmece”, “Basaksehir” and “Bahja”. Famed”.

The corridor led to the establishment of many real estate projects in these areas. These areas, as we mentioned, were built on 100% new land and have a coherent and modern infrastructure.

The most important of these advantages:

Apr 01, 2022
Sisli district in Istanbul Sisli is considered one of the most important areas of Istanbul, where there are many re ...
Continue reading

Buying a property in Istanbul – the be...

Feb 14, 2022
First: the European side of Istanbul  Municipalities close to the center of Istanbul  Sisli District:  Sisli is con ...
Continue reading

Buying a property in Turkey … How and ...

Feb 14, 2022
Steps to buy a property in Turkey Dealing with a well-known real estate company:  To choose a real estate c ...
Continue reading
Some Nice Welcome Message
Sign into your account
Create an account
Reset Password
Register here! Forgot password? Back to login Back to login

Characteristics and advantages of the Turkish passport
Is it possible to buy a property in Turkey online?
دردش معنا