The most famous tourist activities in Turkey

Turkey is one of the most important tourist destinations in the world, as it is called; God’s paradise on earth!

It includes many tourist attractions and cities, ancient historical monuments, and includes charming golden beaches classified as the most beautiful beaches in the world, such as the beaches of Antakya

Tour companies in Turkey are interested in providing the best tourist activities for tourists, to spend a trip of a lifetime, never to be forgotten

So what are the tourist activities in Turkey!

A legendary city inscribed on the UNESCO World Heritage List in 1985. Some call it the City of Balloons. It is located on a plateau whose plains include many dormant volcanic peaks! Which paints the most beautiful mythical scene that you can see from the sky of Cappadocia, which is teeming with colorful balloons, and is considered one of the most beautiful tourist cities in Turkey

Paragliding is one of the most beautiful tourist and recreational activities in Turkey, and it is an activity that you cannot do in the charming city of Trabzon. You can also try paragliding in several Turkish tourist cities such as Fethiye, Ulu Deniz and Pamukkale. Some of the heights you can jump from reach more than 2000 meters! To top out the clouds and clouds!

To experience a scene that you may not have seen except in films, how you approach the ground very quickly and the air hits your entire body to experience the most beautiful and terrifying adventure you will take in your life

Diving in the Turkish seas:

Diving trips in the seas will take you to discover another world, the mysterious sea world, to see marine creatures and marine plants in the depths of the sea.

With your diving uniforms, respirators and diving goggles, you will live an unforgettable experience with the diving team, especially when you take memorial photos in the depths of the sea with rare plants and exotic fish, and you can dive collectively with your relatives and partners on trips of a lifetime to Turkey

Turkey included many ancient civilizations, the most famous of which are the Seljuk, Ottoman, Roman and Byzantine ones, and each of the seven civilizations left traces, artifacts and rock carvings that tell us about human life in the past, and tell us stories from ancient history that make us feel awe of history, especially when reading them in historical landmarks bearing the fragrance of those Events

You will feel the beauty of history and spend the experience of getting to know the ancient man in the oldest cities in the world, such as the Turkish city of Antakya! 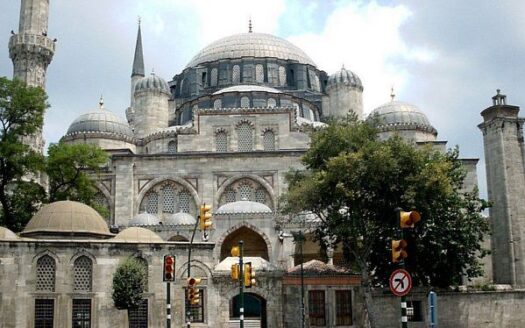 Dec 22, 2021
Turkey has archaeological tourist attractions that bear the fragrance of Islamic history, and tell tourists about h ...
Continue reading
Some Nice Welcome Message
Sign into your account
Create an account
Reset Password
Register here! Forgot password? Back to login Back to login