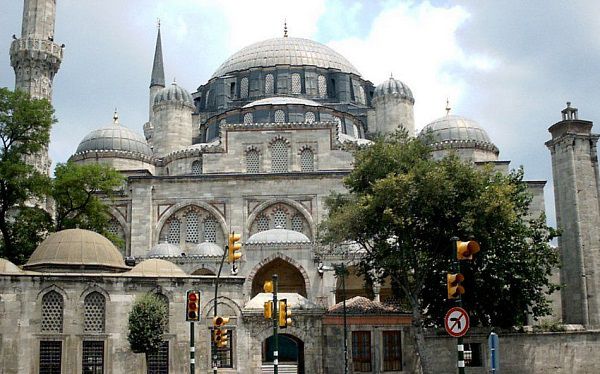 Turkey has archaeological tourist attractions that bear the fragrance of Islamic history, and tell tourists about historical facts and an Islamic civilization that is beloved to Muslim tourists, making them feel love, mysticism and nostalgia! It is the cradle of the Ottoman civilization, and in it Ottoman architecture and Ottoman arts flourished, such as pottery and Ottoman decoration

The importance of Islamic tourism in Turkey (Halal tourism)

The tourism sector in Turkey has been interested in supporting the concept of Islamic tourism, as Turkey is a country with a Muslim majority
, and it will help it in supporting Islamic tourism, its proximity to the Arab Gulf states, and the Gulf residents’ interest in searching for recreational tourism trips that do not contradict their beliefs and public morals, whether by being in restaurants serving alcoholic drinks. Or uncooked food

How does the tourism sector in Turkey support Islamic tourism:

Tourist trips have not lost their beauty and adventure in Islamic tourist trips, but have given Muslim communities greater comfort, more luxury and greater privacy
. Many hotels in Turkey have worked to establish sandy beaches and large covered pools for women, and sandy pools and beaches for men, and Islamic hotels have also taken care of providing all services Luxury tourism in accordance with Islamic law, starting with the provision of delicious dishes of halal food and meat slaughtered in the Islamic way, and refraining from providing alcoholic drinks or non-halal food
. nature, golf, hot air ballooning, skiing on snowy mountains, visit museums, archaeological and historical monuments

The most important Islamic hotels in Turkey:

The most important Islamic monuments in Turkey:

The Sultan Ahmed Mosque is one of the largest mosques in the world. It was built by Sultan Ahmed during his reign between 1609 and 1616. It includes several religious schools, a covered market, a Turkish bath and a hospital, as well as a water path for pedestrians.

Sultans Palace or Dolmabahce Palace in Istanbul, an architectural masterpiece built in the Islamic architectural style, located on the coast of the Bosphorus overlooking the Sea of ​​Marmara, and divided into several palaces, doors and buildings, decorated and built in attractive and charming ways, and the palace has been considered since 1856 as the administrative center The main pillar of the Ottoman civilization, and that lasted until 1922 AD

It is one of the most important tourist attractions in Istanbul

The second largest mosque in Turkey after the Sultan Ahmed Mosque, it was built by the famous engineer Mimar Sinan by order of Sultan Suleiman the Magnificent and was built in 1558. It was built on the Ottoman style and has a dome of more than 50 meters, decorated

Ortakoy Mosque was built on the shore of the famous Bosphorus, the mosque was built in 1853 during the reign of Sultan Abdul Majid, and there is a seal and inscription on the door of the mosque indicating that, it was restored in 1960 due to poor construction

The most famous tourist activities in Turkey

Dec 22, 2021
Turkey is one of the most important tourist destinations in the world, as it is called; God’s paradise ...
Continue reading
Some Nice Welcome Message
Sign into your account
Create an account
Reset Password
Register here! Forgot password? Back to login Back to login