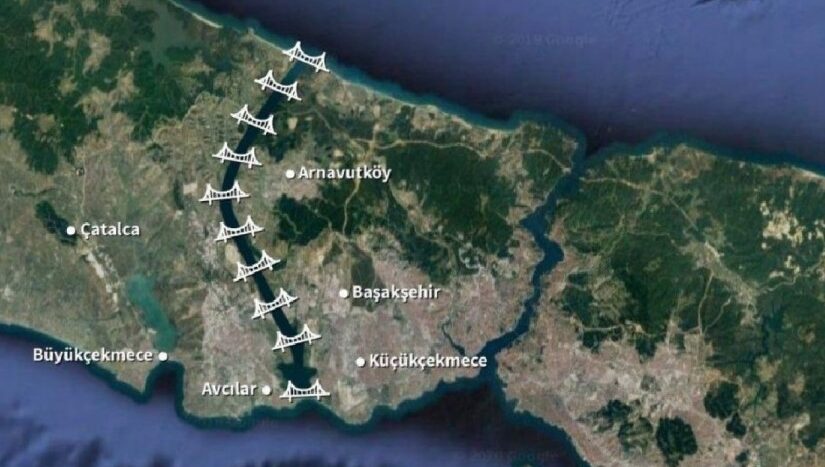 In 2011, current Turkish President Recep Tayyip Erdogan, then Turkish Prime Minister, announced a set of mega projects aimed at increasing the country’s GDP
to reach $2 trillion by the centenary of the Turkish Republic’s proclamation in 2023.

The projects include the new Istanbul airport, which opened in April 2019, at a cost of $12 billion, and is expected to serve 200 million passengers annually and is scheduled to reach its full capacity in 2025.

As for the second project, it is to extend a land road along the forests on the Black Sea coast, to the new Istanbul Airport to facilitate the movement of goods from the continent of Europe

What is the Istanbul Canal Project?

An artificial waterway project at sea level, planned by the government on the European side of Turkey, to connect the Black Sea with the Sea of ​​Marmara, and thus the Aegean and Mediterranean Seas. The Istanbul Canal will split the European side of Istanbul, thus forming an island between the continents of Asia and Europe (the island will have beaches on the Black Sea, the Sea of ​​Marmara, the New Canal and the Bosphorus). The sea lane will adjoin the Bosphorus Strait 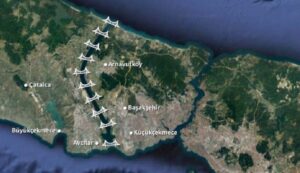 What is the purpose of the Istanbul Water Canal?

Reducing the large sea movement through the Bosphorus Strait and reducing the risks and dangers associated in particular with sea tankers
annually. About 55 thousand ships and steamers pass through the Istanbul Strait. International pressure increases with the increase in the tonnage of maritime traffic through the Turkish straits, which brings risks to the security of maritime navigation during transit. The Bosphorus sees nearly three times as much traffic as the Suez Canal. Therefore, the new canal will help prevent pollution caused by the passage of cargo ships or their anchorage in the Sea of ​​Marmara in front of the southern entrance to the Bosphorus Strait.

The canal is located in the European part of Istanbul

Its course will be to the Black Sea, starting from the Sea of ​​Marmara, passing through four municipalities

Which constitutes a new island with beaches overlooking the Black Sea and the Sea of ​​Marmara and the updated canal in addition to the Bosphorus Strait, which pushes real estate shares to a significant rise in the areas covered by the canal

Bridges and the new city

It is planned that the General Directorate of Land Roads will build ten bridges, including two metro bridges

During the preparation of the executive plan, the statistics of wind gusts for about 25 years were taken into account, and the storms and deep sea waves in the Black Sea and the Sea of ​​Marmara were studied, and it was found that the canal would not be exposed to any negative effects.

The new city
will be built on the banks of the canal and will accommodate 500,000 people, as it will be built according to the horizontal system, consisting of four to five floors, in conformity with the smart city system that adopts the most advanced technologies, and the area around Lake “Kucukcekmece” will be a natural green area

Real estate investments on the banks of the canal

Foreign capital owners and Turkish construction companies seek to provide all facilities to investors by offering apartments for sale in comfortable installments, in addition to tax exemptions
. halls, sports stadiums, and public transportation, which created an ideal environment for owning and buying apartments in the area

What are the most important points that contribute to raising the value of real estate?

Proximity to the waterway connecting the new airport and Istanbul city center.

The project will attract commercial companies, shipping companies and banks to own, creating a vibrant and diverse geographic area

The projects near the canal will provide apartments for sale with attractive sea views different from all the sea areas in Istanbul.

Real estate investment in Istanbul – the most important areas of Istanbul

Mar 29, 2022
Real estate appraisal or real estate valuation is very important, through which the investor can know the st ...
Continue reading 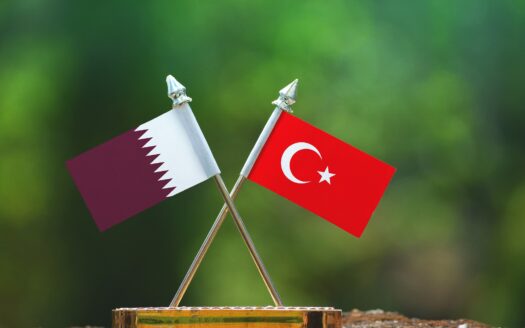 Buying a property in Turkey for Qataris̷...

Mar 29, 2022
Many Qataris think about buying property in Turkey after they visit this wonderful country as tourists and enjoy it ...
Continue reading
Some Nice Welcome Message
Sign into your account
Create an account
Reset Password
Register here! Forgot password? Back to login Back to login